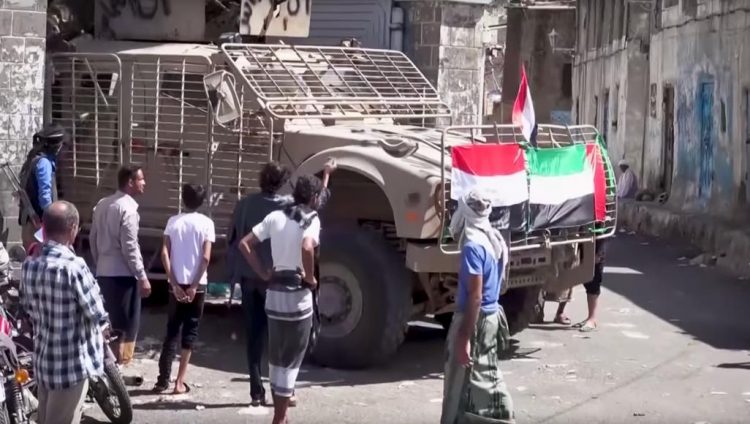 The report of the International Committee experts on Yemen, confirmed the UAE-backed security forces is supporting the separatist efforts in southern Yemen, stressing that the restoration of government authority in the country is far from achieving.

The report said that the troops of the Southern Transitional Council, such as the UAE-backed security belt units and al-Hadramya and Al-Shabwanya elite forces, supported separatist aspirations.

He stressed that the goal of restoring government authority throughout Yemen is far from being achieved, despite progress on the ground against the Huthis.

The report notes that although President Abed Rabbo Mansour Hadi remained more than six weeks in Aden, he was unable to strengthen government authority in the liberated areas.

Stressing the lack of effective control by the Yemeni government on the militias supported by the UAE, and stressing on the challenges posed by the Southern Transition Council and its allies against the legitimate government.

The UN report pointed to the expansion of the Huthis control of governmental and non-governmental facilities in the northern areas they control, and that the morale of the Yemeni government forces is declining as they do not receive salaries while the UAE-backed groups receive their salaries without delay.

He concluded that there are significant obstacles to the work of government intelligence agencies as they being marginalized by the UAE-backed counterterrorism agencies.